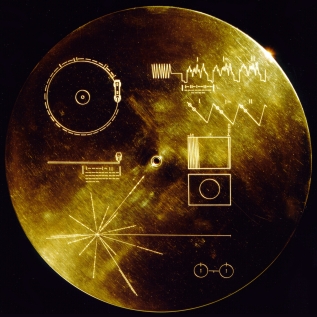 We start this revolution on a common ground more profound than we left behind last year when things seemed very uncertain and disconcerting. I refer specifically to the Paris Climate Talks which dominated last month’s post and the world’s attention (it was tension surrounding whether or not we could come to some sort of agreement and avoid the disastrous results of Copenhagen in 2009). It was down to the 11th Hour and true to our form when faced with crisis we rose to the occasion, and actually got a unilateral accord which locks the world’s powers into action. Barack Obama sums it up nicely with this quote:

“[T]he key for Paris is just to make sure that everybody is locked in, saying, ‘We’re going to do this,'” President Barack Obama said in September. “Once we get to that point, then we can turn the dials.”

Now before we get too excited the Paris Climate Accord is only the beginning to actually hammering out a new policy strata that will effectively lead us to a post-carbon transition and avoid catastrophic climate change. 2016 is our testing ground to see if we can actually muster the political will and respond to the international and market signaling that the Paris Accord represents (that is its ultimate meaning in any case). As it stands, none of the terms of the accord are legally binding but it represents a strong unilateral pressure that will compel national policy decisions (there are some lynch pins in there, at least for U.S. inclusion, if there is a Republican in the executive Branch we could see significant stalling on the policy level which could potentially de-rail international efforts). That said, it is an encouraging place to begin the New Year on as we are at least in a position to take unprecedented actions towards the biggest crisis our species may ever face. It is the hopeful conclusion of some of the thornier aspects discussed in last month’s post.

The year begins with a Mercury Retrograde that moves through the apparent horizon of Sagittarius. The traditional meanings point to foreign cultures, philosophy, religion, higher education but ultimately the focus is on policies of international concern and their impact on national strategies, starting the New Year with a bang it seems. Starting in Capricorn also means that the impact is one that deals with the sensual, physical world of the planet itself, apt given that most of humanity’s emerging crisis have to do with planetary maintenance systems.

The most immediate symbol set that emerges is a sense of political subterfuge. This is a critical year politically for the United States as it enters the selection process of choosing its 45th president. The top contenders are a decidedly terrifying selection including Donald Trump running under the Republican ticket. His platform actively denies the reality of Climate Change and with him in the executive house it could potentially derail any significant action on the Paris Accords to tackle the policy needed to avoid a catastrophic climate change scenario from emerging. What’s worse is a Republican dominated Congress will continue to use subterfuge and denial to support an ideology which is best described as suicidal for the future we find ourselves slouching towards. It could signal going off the rails as a collective body and could put a real wrench in a unilateral agreement and implementation of the market and social forces the Paris Accord represents.

The world needs a Global Carbon Tax and a unilateral agreement between the US and China would go a long way toward this. It seems ultimately that China may just step up in any case, as it has two things going for it, rational leadership with many of them trained in Science and engineering, and severe air pollution which is creating incentive to move away from fossil fuel production and related industries. If China acts it could certainly provide selective pressure on U.S. policy due to the tight links in the two nations economic systems, (the U.S. and China are tightly linked through various economic arrangements).

Mercury retrograde through a detail oriented sign such as this requires a very careful analysis and also a need to find a global policy signal that will encourage other nations to act in accordance to their Paris commitments. Policy has to be carefully reviewed and reformulated before going forward, it is here that the more personal importance emerges, If our government fails to act due to inept and irrational leadership then we must speak with our vote, that vote must be carefully considered as we move to the November elections. This time around the mercurial symbol set provides an imaginative impetus to carefully select the right candidate the one that truly represents our collective self-interest and one that is conscientious and up to date with the most current scientific information and not engaging in a campaign of deceit to stay in the good graces of fossil fuel beneficiaries.

The people of the world, that is you and I have our work cut out for us, first we have to disabuse ourselves of the false assurances that these very powerful juggernauts will attempt to maintain the status quo, further we then have to in a million ways demand that our governing bodies and collective institutions adapt to new realities and begin the difficult process of initiating a new way of life. Quite a project for a Mercury Retrograde but that is how these things go. It’s actually an adventure in the right light and gives us a potent sense of purpose which is a strong human motivator!

January 2nd, 2016: Venus enters Scorpio. The sign of Venusian Fall and yet potent, Venus as the powerful woman that can bootstrap the whole world.

This is an encouraging portent as it symbolizes mases of people (Pisces) choosing an alternative reality network (mindset) with unpredictable results, often in the direction of the vector of something far superior to the current consensus reality. It is not something that can be predicted upfront as it is often outlandish. The best guess is that it may involve people collectively choosing to circumnavigate around powerful interests and working instead for the best of collective self-interest, of a humanitarian bent, certainly a Uranian theme. A few encouraging examples include Utrecht which is launching a pilot project involving unconditional basic income. It’s the symbol of the firebrand of standing against all odds to initiate a novel approach.

January 9th, 2016: New Moon in Sagittarius: A Worldly Focus with strong international themes, the concerns of foreign lands become a central guidance for domestic policy it is Paris realized, and felt on a deep instinctual level.

Futuristic shamanism meets liberating technological upheaval. A bellwether that could demonstrate that 2016 could start out on innovative footing, technology that will connect people faster than ever before and in ways we can barely imagine, and yet it will all be seamless and appear magical and unreal. A soft technology that continue the human conversation, in all of the policy confusion we see swirling around us perhaps for the first time we use emerging technologies to hammer out the pragmatic concepts of the Paris agreement, and what’s more in a way that works to meet all the necessary human dimensions. Namely, it would be grand if under these auspices we truly get an international commitment to meet the term of the accord that provides $100bn in funding to assist nation’s most vulnerable to Climate Change by 2020. In any case the well-being of our fellows will be on our minds, in our hearts, and dancing on the ephemeral world of our vid-screens.

The long held debate in western culture between a pragmatic focus on the future, and the more romantic ideals of a back to the land ethic could potentially be in the world focus (as we have exported these tensions all around the world, through said technology), what you see here is a clash of cultures, and a need to smooth over grievances related to an accelerating technology and its impacts. It is an opportunity to bring our scientific and technological instincts in line with the needs of diverse populations and cultures and the pressing issues of the biosphere and the ecologies that facilitate life on Earth. As we hammer out a new culture we will encounter resistance from powerful entities, stay the course, the health of the world matter more than the ephemeral rewards of power, money, and privilege.

Mars enters Libra: political tensions can inflame but all in the service of a truly civil society.

Ideas, concepts, and opinions run particularly strong under these aspects and some of the more outlandish ideas will confront established realities in shocking and unnerving ways, ideas could become kindling for upheaval and unprecedented reversals. Inherent in this struggle is a need to come to resolution and find answers, and far-reaching policies. The more seemingly radical ideas suggested are not made international priorities even though these unexpected answers will be the ones that make the most impact (namely a Global Carbon Tax as suggested by James Hansen, the pre-eminent researcher who alerted the world to Climate Change in 1988). It is so that the most revolutionary ideas are met with global resistance, ultimately this cannot stand as circumstance will force our hand or the people of the world will proclaim “Enough!” and demand the more impactful actions are taken.

January 21st, 2016: The Sun enters Capricorn: a pragmatic approach and the sense of rolling up sleeves to get to down to the Great Work. Venus enters Sagittarius on this day, and we see the playfulness of our species, and of course a focus on issues of international concern, issues that touch our hearts, and spark the humanitarian impulses.

January 24th, 2016: Full-Moon in Cancer: The concerns of our fellow beings impress upon our emotions and feelings (right in the feels), a sense of universal compassion and transpersonal love, the Mothering the world.

January 30th, 2016: Mercury Conjunct Pluto (Sagittarius): Radical Departure: Continuing the theme of the Mercury-Pluto conjunction Square Uranus, answers now to some pressing issues around implementing new policies may be more forthcoming or there is a political gridlock, not to worry these issues are for a longer-timeframe than many of us are accustomed to, a such staying the course and pushing through the intense resistance and uncertainty is the only way to a successful outcome.

The month enter the fin di siècle with electricity buzzing across the ideoshpere. Ideas that push the edge are awash across all the platforms of communication, crackling with excitement. The world seems ready now for radical departure and for a completely new mindset, if not those of us forming a critical mass that changes the overall vector certainly are. It will be hard for any of us to sit still and the world could also be awash in emerging trends as well. It would be a dream if by months end we start to hear talk of a global carbon tax and other exciting developments that realize the Paris Accord, if not that then maybe some more inspiring ideas emerging from the political process, perhaps a stunning reversal and victory for a more progressive candidate for President? Fingers crossed.

Brave New World Cosmonauts! See you all next month.

One response to “Year Zero”