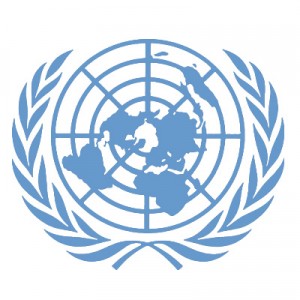 The implications of the Uranus-Pluto years will be played out over the ensuing centuries, with significant implications, below are some possible avenues for development, and one of the longer term outcomes.

I would like to try something new for this post, an inspired bit of thinking from Stewart Brand of the Long Now Foundation, based on the concept and the artifact of the 10,000 year clock. It is the idea that we must begin to think more long term than we have historically done so, beyond 5-10 year trajectories and even beyond seven generations and more in the concept of inhabiting a longer now. Perhaps all of pour anxiety surrounding the future is based in our myopic viewpoint of defaulting to the status quo and only thinking in too short angles. In this regard the post will provide a view out into 2050 and beyond and seek to open the way towards occupying a longer now time-frame, it also allows us to creatively envision where our species may go and to anticipate new technical advances as well as propose solutions we can implement now.

Humanity on the Edge:

We are a rapidly planetizing (increasingly global) humanity confronted with the crises/opportunities of Climate Change, population pressures, resource depletion (stemming from our inefficient and unsustainable management of said resources), and technological upheaval, it is in essence where we are in this aeon. Call it the dawn of the Anthropocene, a new geological age in which humanities scope has enlarged to such an extent that we have become a force of nature through our collective functioning with very real consequences for the structural integrity of the planetary system we have our being in. The lynchpin in all of this is that the decisions we make now and in the coming decades will reverberate and set the trajectory of the next centuries ahead.

“War, poverty, corruption, hunger, misery, human suffering will not change in a monetary system. That is- there will be very little significant change. It’s going to take the redesign of our culture, our values, and it has to be related to the carrying capacity of the earth. Not some human opinion or some politician’s notions of the way the world ought to be… or some religious notions of the conduct of human affairs.”

The years since the 2008 financial meltdown when the Global Economy went thermonuclear have seen the most vibrant social speciation event since the 1960’s. In this period alone we have become witness to more social movements for liberation than at any other time in modern history. A brief list gives us insight into where this is all heading: Arab Spring, Anonymous Hacks, Edward Snowden Leaks, NSA data leaks, Robert Manning Leaks, Julian Assange and Wikileaks, The Occupy Movement, The Icelandic Revolution, the establishment of the radical group FEMEN (whose principle member Inna Shevchenko who has courted controversy and been targeted by religious extremists as all good revolutionaries and feminists do who are actually doing something that holds the potential for massive change), and Black Lives Matter. This is really only a handful of events both representing the forces of liberation and the retaliation against them. What many of these movements are saying is that a new way has simply got to be found and implemented and it will require nothing short of a complete remake of our cultural landscape and the evolution of our consciousness out of the swamp mentality that keeps held in outmoded psychological habits into a heightened awareness necessary for entering into our more Eco-Technic Age, call it the Eco-Technic Revolution or the second Industrial Revolution. The Plutonian impulse is expressed through Sagittarian themes of world scope and inspiration through rebellion, and demanding new responses to intense pressures.

Interesting to note that these movements coincided within days of exact alignments of the Uranus-Pluto Square complex, following this sequence quite neatly, call it the boomerang effect from the 1960’s a continuance of what was wrought during those tumultuous times and how important it is that this liberation movement continue. As a further corollary to these transitions we can look at the Uranian side of the equation and look at the stunning technological and scientific breakthroughs that have also occurred over this period from 3D-printing to advances in solar-cell technology making solar energy generation  many magnitudes cheaper than it has been historically. Technology is nothing more than the externalizing of human agency into observable form. 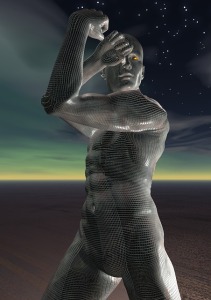 Innovate or Die: Uranus in Pisces-Neptune in Aquarius (Mutual Reception)

“When we understand that is it technology, devised by human ingenuity, which frees humanity and increases our quality of life, we then realize that the most important focus we can have, is on the intelligent management of the earth’s resources, for it is from these natural resources we gain the materials to continue our path of prosperity.”

The quote from engineer Jacque Fresco, perfectly sums up the Uranus in Pisces and Neptune in Aquarius mutual reception stunningly well and proposes a kind of cosmic echo which could set the tone of the 21st century, perhaps it is through technical evolution that our society can begin to free itself of historic constraints, outmoded institutions,

Our converging crises of Climate Change, water scarcity, energy crunch, the end of the oil age, population pressures, social unrest and resource depletion are such that they are providing selective pressure for the entire global community to either cooperate in building a sustainable cultural ethic and planetary system or engage in the race to the bottom which will mean a greatly diminished social paradigm and possible extinction. The old ways will simply no longer do with Pluto providing plenty of converging pressures, and Saturn in the sign of collective power demanding radical evolutionary adaptations to major changes in prevailing conditions. The biggest driver of this is one of the more enduring social features of the human species our propensity for technology. Humans are born technologists, with tool making capacities present form the moment of birth, and explicated throughout our lives. While I will not claim it will be our savior (as it certainly has its limitations and ethical conundrums) it will certainly help us to collectively adapt to the wrenching changes ahead.

The writing is on the wall and the Uranus-Pluto square (really any tense aspect between these planets) demands one thing that the current status-quo is undergoing a massive transformation, a collective course correction is in order because the old way of doing things will no longer suffice. The change can be rather dramatic and can sometimes result from the rebuilding that comes from being reduced to ashes. The old structures suddenly and profoundly crumble away and out of the detritus the architecture of a new mode of being emerges and is constructed. The concept is best summed up by the words of Peter Joseph in the seminal film Zeitgeist Addendum from 2008:

“Two of the most basic insights humans can have about reality… the EMERGENT and SYMBIOTIC aspects of natural law. The Emergent nature of reality is that all systems, whether it is knowledge, society, technology, philosophy, or any other creation, will, when uninhibited, undergo fluid, perpetual change. What we consider commonplace today, such modern communication and transportation, would have been unimaginable in ancient times… likewise, the future will contain technologies, realizations and social structures that we cannot even fathom in the present.”

These two insights about existence followed by the understanding that perpetual change is the architecture for enduring culture as understood according to all natural law, is really the best way to summarize the feeling of this aspect. Pluto is symbolic of natural systems, natural law, and the interlocking interfaces of the planets operating system, the drivers of selective pressure and evolutionary development. Uranus represents the parts of nature that are capable of inspiring quick changes, for instance speciation events, or mutations that happen suddenly and quickly and spread through a population radically changing it, granted mutation can go either way you can have a frame-shift mutation for instance where an entire section of DNA is moved into a different place along the helix and this causes a completely new protein to be expressed, depending on context this can lead to cancer or to a new potential super power. This same process will occur in the social realm, with Pluto standing as the symbol of memetic change and the associated contagion that follows when a change takes hold in a population and spreads like a virus, and Uranus being the events and revolutionary ideas that explosively contribute to the changing of a cultural meme.

Implications: What this means for the decades ahead:

“War, poverty, corruption, hunger, misery, human suffering will not change in a monetary system. That is- there will be very little significant change. It’s going to take the redesign of our culture, our values, and it has to be related to the carrying capacity of the earth. Not some human opinion or some politician’s notions of the way the world ought to be… or some religious notions of the conduct of human affairs.”

The convergence of all the movements we are seeing emerge now, will hopefully become a unified force that will act to greatly transform our social meme and bring usher us into a saner approach to life on Earth. Our current monetary system will hopefully give way to Post-Scarcity resource based economics that will either converge into a global currency that will have similar value throughout the world or we will develop a system free of currencies and monetary values, in which distribution will be based on decentralized networks of varying need frequency based on regional distribution. Class divisions will essentially be transformed or simply erased and the basis for most elitisms is effectively eliminated, and all the political intrigues that go along with it, and ultimately wasn’t this the goal of the Uranus-Pluto transitions all along? It is not something that will be hammered out in 10 years or less but something that evolve over decades, centuries and millennia from now, but we are laying at least the foundations for a new vision of the world.

What has been wrought in the last of these Uranus-Pluto Squares is decidedly creating the story arc that will unfold over the next 35 years with 2050 acting as our cut-off date; it is in this decade that humanity will be standing at a crossroads. Some of the effects both positive and negative of Climate Change will have become apparent by this time; rainfall intensity for instance will have increased by 20%. On a more positive note it could also mean that the vast majority of the world’s nations by this point will be largely democratic thanks to the social movements of earlier decades that demanded a new way and more stringent accountability than the former system could ever be held to. Further some of the burgeoning crises that could be emerging at this point will be planting the seeds for the great social and economic transitions to come in the final half of the century that will truly usher us into an eco-technic and truly sustainable society, and will make a wonderful entrée into the Age of Aquarius said to commence starting in 2150 (depending on whose astronomy you trust), this is also the projected date of the beginnings of Human civilization reaching Kardashev 1 Civilization status, a very Age of Aquarius theme indeed! This period marks humanity’s mastery of its environment through technology and a completely revolutionized social structure, fingers crossed!

One response to “The Catalyst: Radical Departures and Major Course Correction-Reflecting on the Uranus-Pluto Years of the early 21st Century”